Hereby you’ll find the speech of Agnes Dinkelman. She explains the way Stillare would like to contribute to the growth of youth employment in the fast growing continent of Africa and the Arab countries. She states that youth employment and job creation will be a result of a social engineering process within the program of Placemaking, Cities in Green, where greening and urbanisation of semi-arid and arid areas thrives a new socio-economic reality.

Dear all, thank you for the opportunity to share my thoughts about social engineering and Cities in Green.

Stillare often is asked to give advice and develop frames for action for undesirable social situations. In 2005 I started my work as a mediator. During time my mediations became more complex because of the large scale I was deemed to influence. The first time I really had to work differently than a traditional mediator ought to work was in Kurdistan, Iraq in 2010 in a conflict between Peshmerga and upcoming journalists that lead to a new roleview of former Peshmerga on civil policing.

I had to confront them with geopolitical developments to help them to understand that conflicts with journalistst would hold them back in their work as civil policemen needing the trust of the people. I told them for instance that the US some day would change their focus from Iraq to for instance upcoming China. Then the US forces would no longer be available as protectors of Kurdistan and Iraq. I had to convince them that they weren’t invulnerable as they thought they were and that they couldn’t rely on the support of others. We talked about their need to gain trust within their population to be prepared for future major conflicts with Arabs or others. Changing their perspective on their position helped them to work on their roleview and attitude.

During my work in Liberia, Rwanda, Zimbabwe, Ghana and as we speak in Yemen I sought for new approaches that could help to come to results in situations where it was no longer possible to gather all the parties at the table.

I made a combination of two starting points.

Secondly, people can, by understanding the points of view from others, develop new perspectives in a situation. Again, along the lines of their interests.

In an assignment Stillare starts to make an analysis of the worldview and mentality of the groups and individuals involved. To give an impression, we want to know about the way people live together, about the social structures, the way extended families function, the way men and women relate, the position of minorities , their history and economic development, the way public space is used by civil society and civilians, the extend to which sons and daughters follow their parents and community in values and standards.

We dive into traditions, the level of transparency, law, policing, religion, art, media. We estimate the ability to adjust to new situations. We check on the political situation, the level of centralisation, the dynamics within the country in election times. We look at the extend to how daily life is organized and the level of tolerance towards individuals who choose deviant lifestyles.

By gathering all these and other data, stories and impressions, we get a perception of the way this particular society is functioning and in what way social engineering can help the dynamics to move forward. 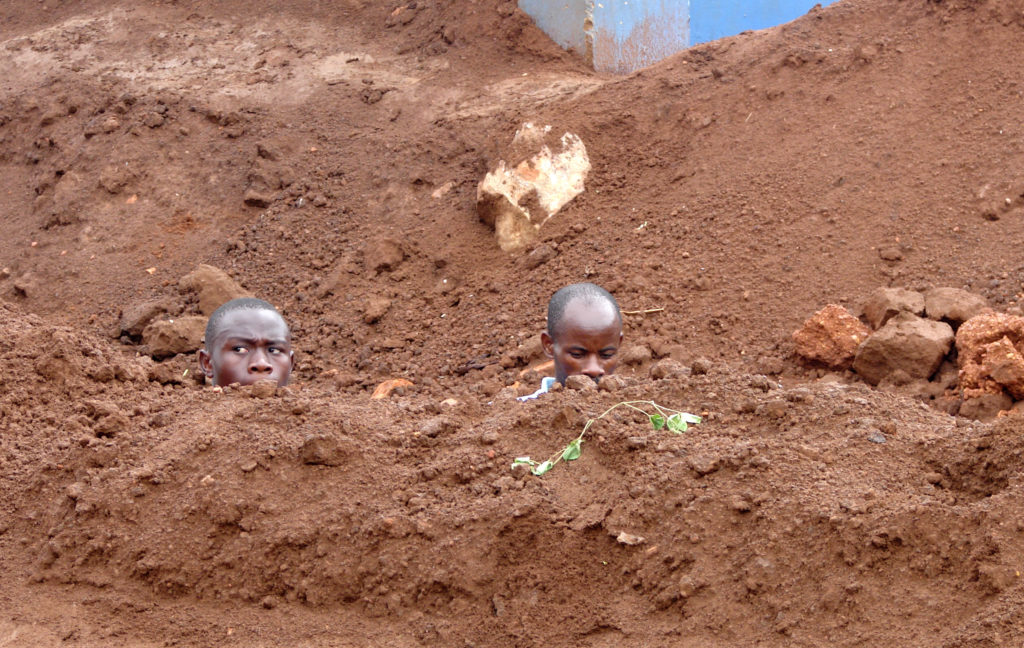 Speaking about rootcauses of migration is speaking about social dynamic in which leaders and people relate to eachother. It facilitates daily live and at the same time can withhold people to act in alternative ways and develop, grow and solve the issues they suffer from.

As the youth bulges in these regions of the world are growing, the African and Arab youth are not willing to accept the current situation. Changing circumstances can lead to change of behavior as we saw in 2010 when the first Arab uprising started as a consequence of increasing foodprices.

The Arab Youth Survey of 2016 reveals that Arab youth from 16 countries is longing for stability and perspective. They want a stable environment, basic respect from policing forces, jobs, access to technology, a little fun, a family and a home to bring their bride or groom to. Travelling and working in Africa I learned that African youth agree in their longing.

The African population is growing from today till 2050 towards a 2,5 billion people. That is a lot of people. Start-ups and micro-credits have too little impact to be the impulse for change. The amount of people that needs to get involved in the economic process is simply too big. Job creation is an important issue but it is not the most important goal. Job creation will be one of the results of the social engineering process that Stillare has in mind in which we need to address perspective for youth, climate change and migration.

To have impact, we need a vision, a new way of life to change the current situation. Stillare thinks our program on Placemaking, Cities in Green could bear a new socio-economical and ecological dynamic that thrives perspective. The combination of urbanisation and large scale greening (for instance agroforestry, urban greening, but also growing construction material and medicinal herbs ) of semi-arid and arid areas can involve millions of youth in construction, trade and greening. It can provide perspective for youth, safe places for migrants, address climate change and will, partly, restore security because perspective undermines terror.

As I look through my eyelashes towards Europe, MENA and Sub Sahara Africa I discover a lot of differences but also some major similarities. In these three regions we all will suffer from the consequences of climate change and we discover an important eroding trust in our leadership. In Europe citizens are voting down their traditional parties. In some of the Arab countries we saw and see young people go out in the streets to bring their leaders down. We recently saw what happened in Algeria and Sudan. Of course African leaders look at the Arab and Sudan situation while estimating response of their own population.

Let’s try to look at this without judging it. When we do not have a judgement, we don’t consider young people as victims of a leadership that doesn’t give priority to security, well-being and prosperity. When we do not have an opinion we can watch the situation and look at it as a people who are entangled in each other, kept in their dynamics. A clear look at the active substance can move the dynamics if the situation has to change. And the situation has to change. Because of the great issues of our times: climate change, migration and international security.

Let us compare social dynamics with a chemical process. A chemical process can be influenced by adding chemicals or can be changed by increase or decrease in temperature. A ruler, working on personal gain adds chemicals that improves his personal situation and limits the situation of his people so they cannot overthrow his regime. A ruler who is supporting and facilitating his people to grow and prosper will earn respect and love and helps his people forward.

If we, again, look through our eyelashes towards the rootcauses of migration I suggest we’ll focus on climate change, perspective for youth and social security. I expect that they have the potential of influencing both worldview and mentality in African and Arab regions. The work on these issues can be so powerful that they are able to awake new elements in worldview. They are able to involve large groups of people so that the undesired situation can change permanently.

When climate is changing, lots of people will migrate. If there is a lack of perspective for millions and millions of youth, people will migrate to the coasts, rivers and cities of Africa. This has a major impact on security. Lack of perspective and lack of a dignified life will lead too much young people to radicalisation. Climate change, migration and security are related issues who need an intertwined approach. A meshwork.

Stillare started a program called Placemaking, Cities in Green. Greening and urbanising the semi-arid and arid areas in the MENA region and Sub Sahara Africa combines perspective for youth, addressing climate change and restoration of security in the regions.

Stillare is in contact with serviceclub Lions in Europe and Africa to see if we can start the process of greening and urbanising. Members of serviceclubs hold positions right under the rulers and organise society. Their job will be to identify areas to green and urbanise and bring together the network of all stakeholders in the area. They need to involve different citizensgroups, knowledge and governing institutes for large scale stakeholder engagement processes in which participants together make a plan that suits all interests.

During the process the service clubs can attract investors and IO’s who can take care of what is needed to back up the plans financially. Stillare will support by adding process managers, engineers in the social, geo, water and urban field.

Stillare worked like this in several complex situations like for example in Dar es Salaam last year, for urban development along the Szimbazi river. Collaboration in this way is a rather new concept in Africa. Collaboration can bring the result that Africans can make things happen they never thought they could realize. Stillare and a group of Lions are in the middle of an identification phase to find an area that will be a testing ground to combine greening and urbanising based on a plan of a stakeholder process.

We expect to create an environment where public and private combinations can be made for the creation of infrastructure and urban planning, business, jobs, an environment where young people can learn to take initatives and learn new skills. When it’s done large scale it can be a temporarily anchor for migrants who flee for drought. By greening large regions climate can, in the end, be influenced to behave less dangerous.

Technically spoken we know how to green semi-arid areas. There are lots of examples to share. The difficult issues are not the greening and not the urbanisation. The real challenge is the lack of experience in collaboration. Stillare can help them to get experienced in this field and come to results.

The most important condition is that each stakeholder in an area can express it’s interests and ideas on greening and urbanising the region. When interests of every single one of the stakeholders are considered the risk of undermining or sabotage of the plan will be diminished. The leadership of African countries could be giving space to operate because of the promising possibilities. Some of them will permit the developments to ensure that uprisings will not occur.

Cities in Green is introduced to service clubs in Tanzania, Kenya, Zambia and Congo. Of course Africans themselves need to start the process. Lions are inspired to start. Stillare will support them. Together we try to let emerge a new dynamic so Africans can come to their full potential and lift the continent to a fruitful future. Placemaking, Cities in Green can make a difference and give, beyond hope, a vision, and a vehicle that is able to connect people towards great deeds: building cities in the new green, shaping the future.