Zimbabwe: Story of the Rocks

Gender Based Violence in rural communities 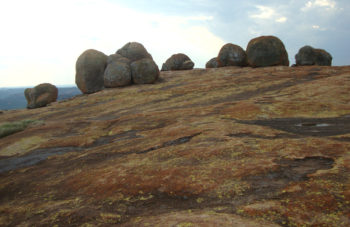 Prof. dr. M van Reisen from Tilburg University asked Stillare to work with the women of Zimbabwe. The goal was to work towards more community security by empowerment of women leadership. This work was input to the Second Colloquium on Women’s Empowerment, Leadership, Development, Peace and Security held in Harare Zimbabwe and Leiden The Netherlands in the autumn of 2014.

While exploring the situation of the women of Zimbabwe, Stillare found a way that brings both men and women to a next stage of coping with each other. Not by working on equality… not by talking about women rights…. We worked on the connection between men and women by improving their consciousness on the interests they both have. Women and men understood that combining their skills would enhance their possibilities to reach their goals. While working with the women the men and the chiefs, we found a way to shape modern patriarchy serving the whole community again.

Stillare found a way that brings both men and women to a next stage of coping with each other. It is not about equality… it is not about women rights…. So about what is it? Is it about using the reduction of women to only become trade items? We don’t think so. We think we found a way to get modern patriarchy become more healthy again. 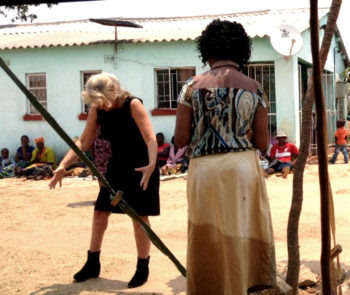 The group of women of the Harare Colloquium visited the village Seke for a long and pleasant afternoon. The whole village was present.

Of the group we worked with in the initial sessions, three of these women live in Seke. They welcomed the Colloquium and offered them a place to sit next to the men of Seke, under the roof, protected from the sun. As first glance, I could see the women of the village sitting on the ground or leaning against the buildings. Men and women were strictly separated.

The Second Colloquium on Women’s Empowerment, Leadership, Development, Peace and Security was a forum intended for women leaders to exchange experiences and ideas on women’s leadership.

The colloquium gave particular attention to the situation of women’s leadership and peace building in Zimbabwe, particularly with an assessment of the space for women in rural settings. It was attended by women leaders with either a political background or a role in NGOs from a range of countries, from South Sudan, Uganda, Burundi, Zimbabwe, Liberia, to the Philippines, Belgium and the Netherlands.

The second colloquium was held five years after the first colloquium. The previous one was hosted by President Sirleaf of Liberia and co-hosted by President Halonen from Finland. It reviewed the progress to implement the Monrovia Declaration as adopted in Liberia in 2009.

Capacity building on negotiation, Ministry of Finance, Ghana
Story of the Rocks – Approach

A year after this session, I am proud to announce that the women and men of Seke still are on track. They deliberated and found new ways to come to a balance. Patriarchy became less violent and women were allowed to create more balance in their lives. There has been a growth in the collaboration between the women and the real men of Seke.

Background of the Story of the Rocks

The emergence of a viable opposition party in 2000, that seriously challenged the dominance of the ruling party in urban and rural areas, created situations where politically motivated violence became rampant in most parts of the country.

Violence erupted preceding national elections that took place in 2000, 2002, 2005 and 2008 and their aftermath. Intimidation and physical violence targeted rural women mostly to instill fear in them to induce them to vote for...