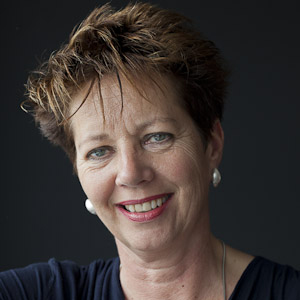 Ineke is partnering Stillare in the programme Community security through Civil Women´s Security Forces in and beyond refugee camps in Turkey and Jordan. The programme aims to strengthen women in exile to enhance their security situation themselves.
In 2010, Stillare and Van Winden’s Being Involved collaborated on the programme in Liberia, Yon Gbon youth leadership course with the Koffi Annan Institute and the University of Liberia, Monrovia. In the Netherlands, they collaborated on programmes for Milli Görüs and on the issue of migrant leadership.

For a long time, she worked for Dutch Interchurch Aid, a World Council of Churches related network dealing with emergency and refugee and rehabilitation programs. In Western and Southern Africa she has initiated and supported many small initiatives that later on became grown-up NGOs. She worked in many African countries in Western and Southern Africa , amongst others in Liberia, Guinea, Sierra Leone, Nigeria, Cameroon, Angola, South Africa and in Asian countries such as Cambodia. She also worked in Eastern Europe.

Van Winden has extensive management experience in the NGO sector in the Netherlands as well. Many of the projects she has led are related to youth care and development and migrant issues. She was amongst others Program Director with Kinderpostzegels, a well-known Dutch charity, interim manger with DELA (funeral branche) and project leader with Fier and Centre against Child trafficking and Human trafficking.

With Stillare she worked on various leadership programs in the Netherlands as well as elsewhere. In Liberia they jointly developed a leadership program in collaboration with the University of Liberia. The program was aiming at young talented African leaders who needed support to grow into their new roles. Planting seeds and facilitating their development into fruit bearing initiatives is Inekes key competence. Over the years she got convinced that identity is a key factor in development. Lack of a clear identity is the recipe for hampering development and conflicts on all levels. Meaning: varying from personal to organizations to society.

Van Winden has a good antenna for strategically moving forward in a complex situation. She is analytically strong with a sharp eye for the social and cultural context. She provides structure and does not stop until the clew is unraveled and a meaningful direction can be chosen. She likes working on different levels and connecting those levels.