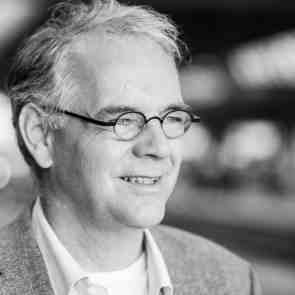 Douwe Jan Joustra is partnering Stillare in the Placemaking: Cities in Green programme.

Douwe Jan Joustra is a system-ecologist based on his eduction in forestry, landscaping and nature-management. He is Head Circular Transformation at the C&A Foundation, worldwide.

Joustra was program coordinator Cradle to Cradle within Dutch government during the period 2007-2010. He also was program manager of the Dutch Innovation program Climate neutral Cities (2010-2012). In the Netherlands and international he is an expert on Circular Economy in business and the performance of governments.

Key competences of him are the ability to work in multi-stakeholder processes, with transdisciplinary themes from a systems perspective. He knows how to manage transitions from practice and has a strong feeling for the energetic society: how can people get incorporated in new programs. Building Nature with Nature is his practical solution, day by day. Joustra is director/owner of ICE-Amsterdam. ICE (I See) is his think tank, research- an consultancy bureau on realization of visions, inspiration, implementation and innovation on circular economy, business- and policy development.

Douwe Jan is co-founder and chairman of ARC.